Welcome to the Cascade Cabaret! 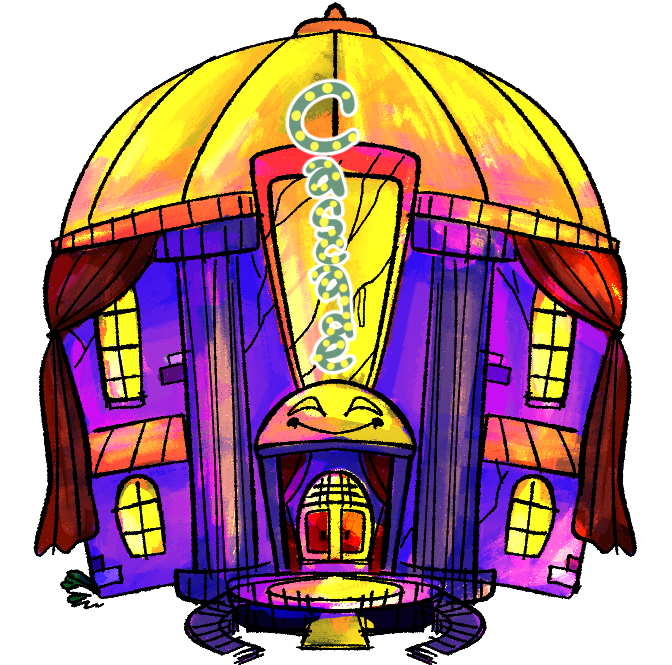 (Or at least, my fanpage for the Cascade Cabaret OCT.)


This page is sort of a preservation page for my contributions to the Cascade Cabaret Original Character Tournaments. (Season 2 and Season 3)

What is an Original Character Tournament?

It's an art tournament where one (or more) artists gets their characters randomly matched up against each other each round to try and create a full comic (or other kinds of media) with their ocs by the end of it.

There are many types of OCTs, and I might one day make a full page explaining the ones I understand at least!
It's a good way to kind of experiment and make new friends if you're interested in that kind of thing!

What is the Cascade Cabaret about?

The Cascade Cabaret is an inter-dimensional hub of entertainment that has a neverending hunger for entertainment and the worlds of it's patrons... and over the years it's drawn in "lucky" unwitting people from various universes to its establishment to feast on.

✩ The First Season was all based around the Cabaret hosting a thrilling death show tournament, which ended in the whole place collapsing...

✩ The Second Season (EnCCore) , (aka the one where I participated in) was all about the Cabaret desperately drawing in more people in an attempt to keep itself from falling apart any further...

✩ The Up and Coming Third Season (Triple Threat) is the Cabaret, seemingly recovered from the damage, trying to rebrand itself from it's "death show" days, and spreading it's reach through a wider audience via Television! I plan on joining this one!

Most of the other Rounds of the first two Tournaments can be found on deviantART at the Cascade Cabaret group.

Triple Threat's competition has yet to start, but does in fact have a twitter if you want to take a look/ possibly spectate or join even.